Spell check doesn’t like my new made up word that is the title of this post but that’s OK :)  There’s so much going on and I’m doing so much research that my head is spinning.  In comes my new word: exerrified.  Exerrified is half EXCITED and half TERRIFIED.  I’ll find some other family’s blog, or something interesting on Holt’s website and some days it makes me cry because I already miss a son I’ve never even met and sometimes it makes me terrified to think about all of the changes that will be taking place in the next year.

Our friend Ross has a New Year’s Eve birthday and has decided to dedicate his birthday to Judah by throwing a party and asking that instead of getting him a birthday gift, he wishes for everyone to make a donation to bring Judah Hamstra home in 2012.  The invitation was the first time I ever saw Judah Hamstra in print.  It was so fun!  Thinking of a New Year’s party and knowing (and not knowing) what 2012 will bring for us has had my head swimming.  We just said goodbye to Grandma B for the winter as she heads down like a little snow bird and Jack said “Maybe we’ll have already been to Africa once by the time we see you again.”  Whoa.

I do know that this process has gone lightning speed for us so far but I do also know that probably in the next few weeks all of this paperwork (besides working on grants) will be out of our hands and the waiting game will begin.  Everyone has said that is the worst part so I’m being me and trying to prepare myself for that.  Always planning :)  We had some airline vouchers through US Airways that need to be used and since their flights are OUTRAGEOUSLY priced we knew we wouldn’t be able to use them for our Africa flights and we also knew there’s no way we could afford a vacation this year.  It would actually cost more to go through them to Africa and use the voucher than to go on another airline.  Anyway, so in planning for our lonely winter months Jack decided to let my friend Melissa and I use them at the end of January to go and visit our uncle in Texas.  I think that trip will help break up some of the waiting and Jack knows me well enough to know that this may be the exact time I need good break :)

Today I got to proof read our home study and sent it back to Darla.  This is a huge milestone in our process that we will hopefully get done this week.  Darla is hoping to get it to Holt on Monday and have an approved copy back by the end of the week.  This means we may just make it in time to submit for our Show Hope grant which has a deadline of Dec 31.  We’re you praying about that with us??  THANK YOU!!

We also got word that some things changed in Ethiopia this week and some extra forms are begin required of adoptions of children from the southern region.  Judah Ashenafi is one of those children.  The letter stated that this may hold up families that have been matched but are waiting for their court date.  We’re hoping and praying that we’re just early enough in the process that they’ll have it all figured out by the time they would be submitting us for a court date and that it won’t hold us up.  As I stated, this has gone fast but we’re also racing several clocks as well with trying to get him home before rainy season when the courts close.  We pray that will happen because on top of every other crazy shock we’re throwing at him, we’d love to let him settle a little before snow comes.

I also wanted to thank everyone that bought from the 31 fundraising sale!  Check out these fun little extras that Julie ordered for me as a surprise! 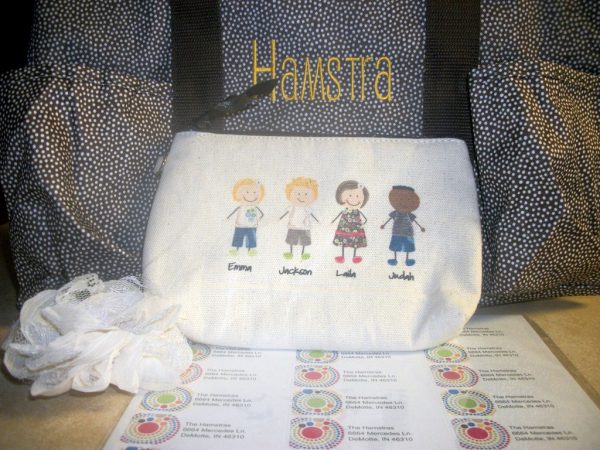 Well, I’m going to go back to working on the Show Hope application.  I keep thinking of the man in the movie “Facing the Giants” that tells the coach he needs to be preparing his “field” for harvest in anticipation for God to do great things.  That’s what I’ve been trying to do with this adoption.  I try to have every document ready in anticipation that we will be able to file it soon.  Thank you for praying with us!